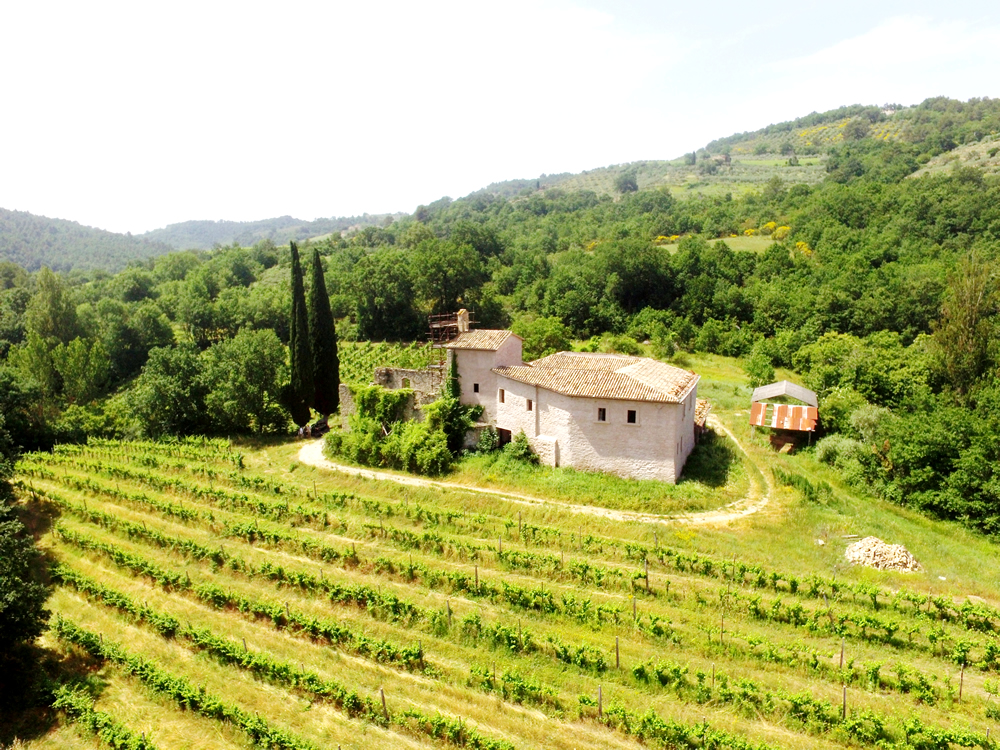 Property of high historical and artistic value called "Eremo di San Giovanni" which rises on top of green hills in lovely location  not far from   Bevagna. town. Property is compose from   an aggregation of buildings built in various historical periods, the oldest part of which can be dated to around 1300 and consists of a small church whose frescoes are still clearly visible. During the years, various religious congregations took place in it which expanded the original nucleus, with   another larger church connected to the first one in 1400. In the 1870s the monastery was annexed to the category of civil buildings. Today the complex is renovated for most part of it . Eremo  is distributed over an area of ​​about 700 square meters on two levels, with a typical eighteenth-century cloister and fortified walls of late medieval origin.  Land is around 25,634 square meters, part of which is used as a vineyard D.O.C.G., with the possibilityto buy more extra land  used for the cultivation of Sagrantino grapes.