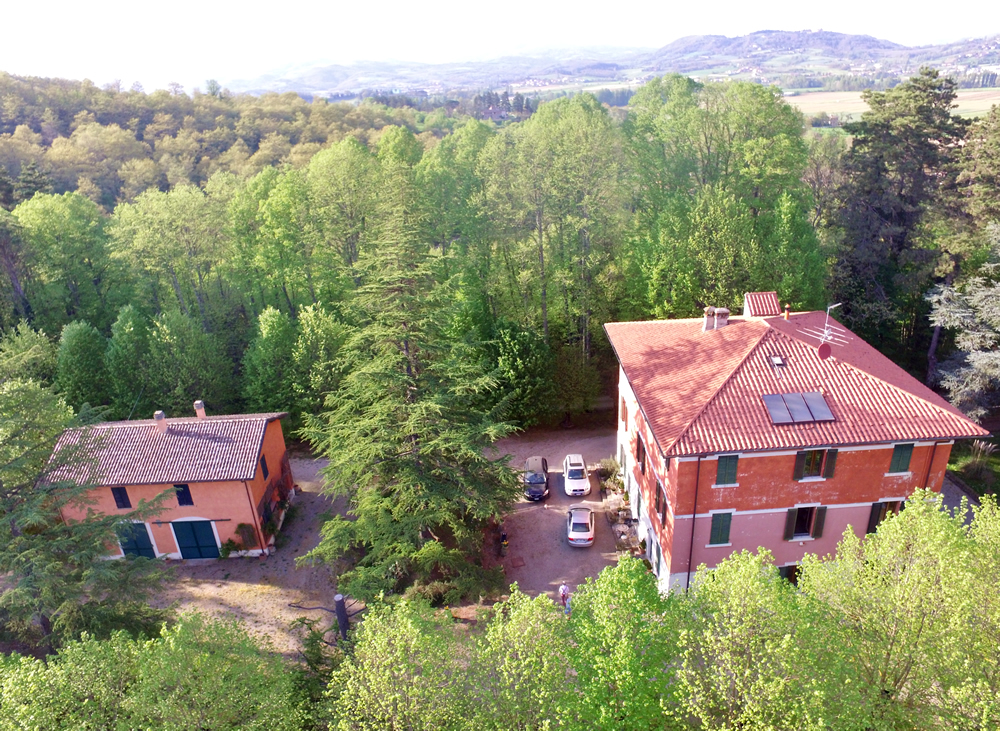 Situated on its own hill overlooking the Nestore Valley on one side and the Morra Valley on the north of Perugia. Nearest town Trestina (5Kms), Umbertide and Città di Castello  (24kms each).

Te villa was built in the 1930s (but in the "classic" style) by the Marchese Annibale Prospeerini-Merlini. On his death it passed into the hands of the Silenzi Family, but following a legal challenge by the Marchese's natural doughter it was fonfiscated by the Coutrs unit the case was settled - wich took 25 years, during whiich time the house and frounds werea abandonated. The presente owners then did their utmost to restore it to its former glory - giving the Villa a new foof, new electrical wiring and plumbing as well as attempting to retrun the garden (2 hectares) to it original plan.
The Villa is approached by line trees, giving it great privacy. There is a fountain at the front of the house - and a spectacular pair of ceder trees as well as many well-established conifers. Steps land up to the front door which is under colonaded porch supporting a balcony.